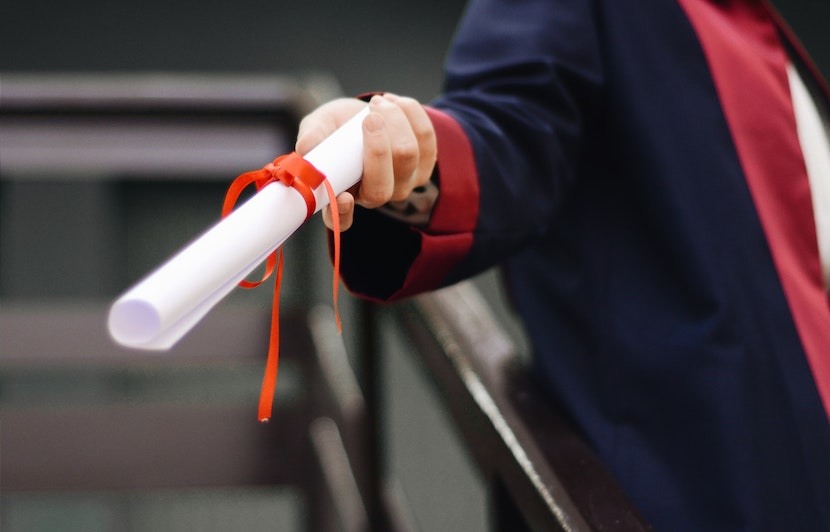 After the Great Recession of 2008, college enrollment increased by nearly 16 percent.

But this year, amid the COVID-19 pandemic, we’re seeing an opposite reaction, at least so far.

In fact, about 28 million American adults — 11 percent of those aged 18 and older — have canceled their education plans amid the COVID-19 pandemic, according to a new survey published by Strada Education Network, a social impact nonprofit geared towards strengthening pathways between education and employment.

And of those still considering pursuing some sort of education or training within the next six months, 59 percent are most interested in non-degree programs, including certificates, certifications and courses for reskilling, upskilling or personal interests. There’s much less interest in traditional four-year schools or their community college cousins.

“In times of flux, Americans have frequently turned to education as a way to meet the challenges of a changing economy,” Dave Clayton, Strada’s senior vice president of consumer insights, said in a news release. “While COVID-19 has created unprecedented change to our lives and work, we do not yet know the full implications for education. Thus far, the majority of Americans who are considering more education are telling us they will look for immediate opportunities to develop their skills.”

Americans’ hesitancy to enroll in educational programs could just be an immediate reaction. After the Great Recession, it took about 18 months for Americans to head back to school. They needed time to realize they may not land another job unless they furthered their education.

Promisingly, 49 percent of the survey takers said they’re likely to enroll in an education program at some point within the next five years, which is just barely lower than the 53 percent of respondents in last year’s survey.

But only 38 percent said it’s at least somewhat likely that they will enroll in a traditional four-year college or university within that time period. And community colleges and trade schools got the same reaction.

Potentially due to ease of accessibility, a higher share, 45 percent of respondents, said they could see themselves enrolling in an online-only community college, college or university. And 47 percent said there’s a chance they enroll in online education at some point within the next five years to pursue training, a certificate or other online non-academic courses.

It’s still early, but, overall, the motivation doesn’t seem to be there. Even traditional students, particularly would-be freshmen, are rethinking their college plans for next academic year.

Ten percent of high school seniors who had planned to go to a four-year college or university before the COVID-19 outbreak said they’re likely to change their path because of the pandemic. Four percent said they are very likely to do so, and another 10 percent said it’s too early to say, according to a recent SimpsonScarborough survey.

Some are considering taking a gap year until this blows over, as another recent survey found that the COVID-19 may cause 40 percent of high school seniors to delay college.

Overall, Free Application for Federal Student Aid (FAFSA) completion rates are way down compared to years past. And that’s concerning because it suggests many students, particularly those from low-income backgrounds, won’t be attending college next year.