TUN sits down with Marcus Cooper, program director with College Advising Corps at Texas A&M University, to discuss the most common mistakes students make on their college applications and some ways to fix them.

TUN: Marcus, thanks so much for joining us.

COOPER: Thank you for having me.

I’m going to start off by getting straight to the point. What do you consider to be some of the biggest college application red flags? I’m speaking about the things that college admissions counselors may see on an application and cause them to move past that applicant and onto the next one.

What students do to shoot themselves in the foot is that they don’t provide the full scope of what they’ve been involved in. They inadvertently don’t answer questions that are on the applications because they think those things potentially don’t apply to them.

Or, while looking at the admissions criteria for an institution, which are always in black and white, they may say, “Okay, well I’m an automatic admit. I have the test score. I have the GPA and the class rank, so I don’t need to do these extra things.”

But, in the absence of those extra things, sometimes they miss the basic needs of completing the application. It’s really crucial for them, especially during this time that we live in right now, to put their best foot forward and to fill out the entirety of the application, to answer every question.

I think, when you talk about mishaps or missteps for students, a lot of it is just some of those components that they’re not filling out.

For example, they need to apply to the scholarship part.

So, yes, you might be automatically admitted to that institution. But, by not answering those questions, students may be potentially affecting the financial aid they receive.

So, it literally is spending the time just to go through and answer every question. Even if students think that it is more than what’s needed, it showcases to the institution that they’re spending that time and that they’re invested in the process.

Say a student had an obvious slip-up in the past — something that they can’t really correct now. Maybe the student received bad grades during the first semester of junior year, for example. If that student has a valid excuse as to why the grades drop that semester, how should that student go about explaining it to the colleges and universities? Is there a spot on the application for students to do that?

In most cases, institutions look at the essay component of the application as a space for students to share more about themselves.

In the past, a lot of the essays were kind of cookie-cutter. But now, most schools are at least providing one of the essay topics as a space for students to share more about themselves.

So, that area is a great space for students to talk about themselves. If they need to close with some things that are going to be apparent when the student applies based on the transcript they submitted, they should absolutely do that.

The thing that students think is that a million people are going to read this application, and they don’t want to over-share or they think, “that’s kind of private.”

And that goes beyond even a misstep with grades. That goes into personal challenges that a student may have faced while they were in high school. We know, in life, that what affects you outside of the classroom affects you in the classroom.

There are one or two or three people, at most, that read an entire student file. They’ve signed confidentiality agreements. They’re taking this very seriously. It’s their role.

So, the student oversharing about those mishaps and those missteps with their grades and, more importantly, how they’ve been able to rebound from that, that allows the people that are evaluating that specific student’s record to really have the full scope of what transpired with that student.

And that’s powerful because that allows that student to feel like, “Look, I put everything out there for that institution. I know they got to see the full picture of who I am and why I want to be there.”

That is definitely going to pay dividends for that student in the long run.

For students who make small mistakes like typos, for example, throughout the application and in their essays, how big of a deal are those typos? Could they cost students a chance of admission?

It could. Depending on if it looks like the student rushed through it and didn’t give their best effort, absolutely. Because, again, it just shows due diligence.

It absolutely can matter. If it’s minor things here or there and they recognize that after the fact, then it’s always a good idea to try and follow up with the institution directly and say, “Listen, I made an error.”

Again, it just shows to that institution that the student is really invested in putting their best foot forward.

But multitudes of mistakes is something students really want to try and correct on the front side. A few minor things after the fact, they absolutely want to reach out to the institution to share that those were things that were done in error.

I want to gauge the severity of the mistake of having an inconsistent class schedule. Say a student takes three APs their sophomore year and doesn’t continue to take AP classes junior and senior year. Is that a big deal? Should students always try to have a consistent schedule?

Ideally, yes. But, again, depending on the student, I mean if they’re going to end up with Cs in those courses, it’s going to make more sense for that student to go down into regular coursework and be successful.

This kind of circles back to the narrative component of the application, explaining that in the essay.

Schools are probably going to wonder, “You were running a really good trajectory, taking AP classes and, all of a sudden, in 11th grade, you went down to regular coursework and you were successful in that.”

The good thing for students is, the more they can just be ahead of the explanation component, it allows the institutions to go, “This student really knew that we were probably going to internally question why they dipped or were going to question why they were less involved in extracurricular activities in this year.”

So, it just shows that the student is being mindful.

The more students can share, the better it’s going to end up for the student.

Thanks for joining us today, Marcus.

Thank you for having me. 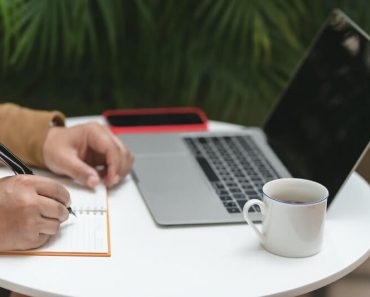 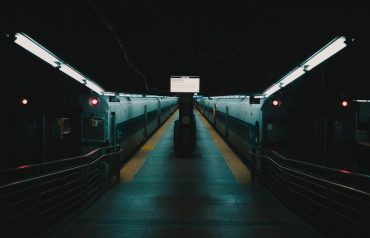 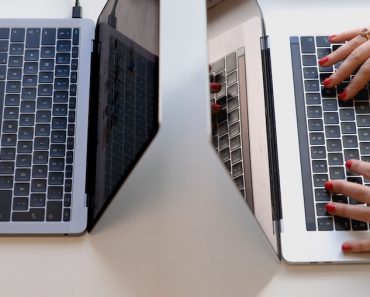