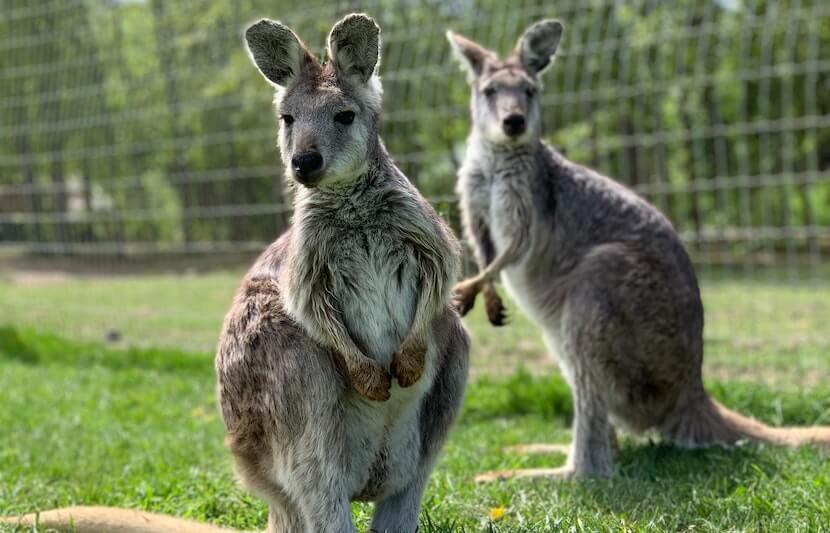 Up until now, biologists studying animal behavior have been restricted to human observation. But scientists at Columbia University have now come up with an easier method. They have developed an innovative algorithm that can be used to study animal behaviors.

Led by Rafael Yuste, a neuroscientist at Columbia and a member of Columbia’s Data Science Institute, the team designed an algorithm that can successfully analyze hours of video of Hydra, a miniscule freshwater invertebrate, and understand its full range of behaviors.

By filtering out spam information, the algorithm is capable of detecting tendencies in the animal’s behavior.

The full study is published in the journal eLife.

Animal behavior has been a subject of scientific research since the days of Aristotle, noted Shuting Han, a graduate student at Columbia and lead author of the study. However, the process of researching animal behavior is notoriously painstaking, typically consisting of hours of scrupulous observation and note-taking.

The new algorithm provides a major shortcut in this kind of research.

“Behavioral research has traditionally largely been descriptive and relies on human observation,” said Han. “These qualitative descriptions are limited by the subjective nature of human annotations, the language we use, and are also very time-consuming. Therefore it is important to develop quantitative and automated methods for behavior analysis, in order to systematically understand the expression and variability of behavior of different animals under different experimental conditions.”

The algorithm developed by the researchers is a “bag-of-words” algorithm, a popular kind of algorithm often used in filtering email spam. Typical bag-of-words algorithms are able to classify the topics of documents and identify ones that could potentially be spams.

The researchers applied this same concept in their algorithm, only using videos instead of documents.

The algorithm learns to classify different visual patterns — shapes and motions — in videos of Hydra and pick out repetitive movements.

In doing so, the algorithm identifies the different behavioral patterns of the animal.

Hydra, a primitive animal whose ancestors appeared on earth around 700 million years ago, are simple organisms with no backbone or brain. It does have a nervous system, however. Hydra has a translucent body with hundreds of neurons that coordinate its movements and behavior.

“Hydra … provides a unique opportunity to study the evolution of behaviors and their underlying neural codes,” said Han. “Hydra represents one of the most primitive animals with a nervous system, and with modern imaging techniques we can record the complete neural activity pattern during its behaviors.”

The researchers can therefore directly compare the activity of Hydra’s neurons to its behavioral activity, allowing them to analyze how its nervous system functions.

In a previous study, the team recorded the entirety of the animal’s neural activity, and were able to connect four sets of neural circuits to four unique movement patterns, illustrating how its nervous system functions.

The new study expanded on this previous research to include not just four, but all of its behavioral patterns. The algorithm was able to detect 10 behaviors and compared six of those behaviors to its environmental conditions.

The researchers found that Hydra barely changed under different environmental conditions, suggesting that it may have evolved a way to automatically respond to its environment.

“Whether you fed it or not, turned the light on or off, it did the same thing over and over again like an Energizer bunny,” Yuste said in a statement.

While past studies have made use of machine-learning algorithms to analyze the behaviors of animals, such as fruit flies and worms, this study represents the first systematic description of an animal’s behavior, Yuste noted in a statement.

The study therefore represents an important step forward for scientists interested in animal behavior. Their work could provide a model for future studies analyzing the behavior of more complex animals.

“Although we used our approach to construct the complete behavior map of Hydra, our method also provides a general framework for behavior recognition of deformable animals, and is potentially applicable to all animal species,” said Han. “In fact, combined with the complete neural activity map of an animal, our study opens the possibility of decoding the neural code for all behaviors in an animal, and could enable potential breakthroughs in neuroscience, evolutionary biology, artificial intelligence and machine learning.”

The researchers believe that the information they gathered from Hydra could also potentially be used in other fields.

Knowledge of the nervous systems of animals like Hydra could be used in designing biologically-inspired technologies.

Engineers may be able to use this information in designing stability and control mechanisms in ships and planes.

Moving forward, the researchers will continue to analyze Hydra’s behavioral patterns as well as its neural and muscle activity.

“With this, we hope to fully understand every component of animal behaviors, and apply the knowledge from Hydra in modern world applications,” said Han.