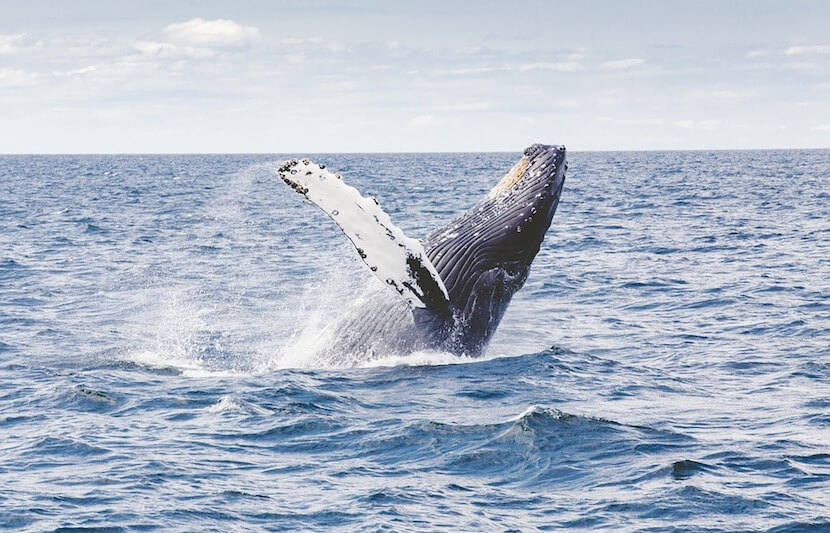 A group of major public aquariums has announced its strong opposition to the federal government’s pending permits that would allow frequent seismic blasting to search for oil and gas along the East Coast.

Such seismic blasts are damaging to many marine animals’ critical life functions, such as their ability to find mates and look for food. These negative impacts on marine life could subsequently damage commercial fisheries and push turtles, dolphins and whales closer to extinction.

The aquariums stand with many state and local officials.

With the exception of Maine and Georgia, every governor from states bordering the Atlantic Ocean has publicly denounced the federal government’s proposal.

“As the nation’s aquariums, it’s our duty to speak up in defense of our oceans. Now is not the time to move backwards,” Vikki Spruill, president & CEO of the New England Aquarium, said in a statement.

“We strongly oppose the administration’s actions along the Atlantic seaboard. We stand with the 300 municipalities and 2,000 local officials who have formally opposed offshore drilling and seismic exploration,” she added.

The New England Aquarium joined the National Aquarium in Baltimore, the Mystic Aquarium in Connecticut, the Virginia Aquarium & Marine Science Center, the North Carolina Aquariums and the New York Aquarium, parented by the Wildlife Conservation Society (WCS), in opposition to the National Oceanic and Atmospheric Administration’s (NOAA) encouragement of seismic blasting from Delaware to Florida.

On November 30, the NOAA permitted the Bureau of Ocean Energy Management to start a series of seismic surveys by private companies to search for oil and gas along the East Coast.

The NOAA was in charge of determining whether such seismic explorations would violate the Marine Mammal Protection Act. The organization issued “incidental harassment authorizations”  to five companies, which allow them to “incidentally, but not intentionally harass marine animals.”

While the industry claims that the seismic surveys won’t have a measurable impact on the populations of fish or marine mammals, scientific studies show otherwise.

Airguns used for seismic surveys shoot loud blasts of air through the ocean and seabeds to pick up on the location of buried oil and gas deposits.

The seismic blasts can occur every nine to 11 seconds for weeks or months at a time, which can dangerously impact the lives of many marine animals.

Many marine mammals rely on sound to locate food, mates and calves. These seismic blasts could drive endangered species, such as the North Atlantic right whale, to extinction. This past year, no calves were born into the species population of just over 400.

The NOAA claims that it will limit the number of seismic blasts from November to April in common migration regions for right whales, and blasts will not be allowed within 56 miles of where endangered species are spotted.

But seismic blasts are known to travel hundreds of miles under water.

“Collectively, we are already extremely concerned about the fate of North Atlantic right whales, and impacts from seismic surveys could prove to be the tipping point for the survival of this highly endangered whale,” Jon Forrest Dohlin, vice president and director of WCS’s New York Aquarium, said in a statement.

But right whales aren’t the only species affected.

“The effects of seismic blasting on marine species are already known to be harmful, especially to acoustically sensitive marine mammals that inhabit the coastal environments of the Atlantic seaboard,” Howard Rosenbaum, senior scientist for the New York Aquarium and director of  WCS’s Ocean Giants Program, said in a statement.

Seismic blasting has also caused death, hearing loss and dangerous shifts in migration routes for many fish and invertebrate species.

Moreover, blasting has been linked to increased mortality in zooplankton. The tiny animals decline 64 percent within 4,000 feet of seismic blasts.

Because zooplankton serve as the foundation to a healthy marine ecosystem, its decline has significant impacts on the success of fisheries. Studies have shown that catches of fish species, including haddock, rockfish, herring and blue whiting, have declined by 40-80 percent in regions near seismic surveys.

Aquariums must step up

If these widespread, frequent seismic blasts are authorized, many marine scientists worry that it could be the tipping point for the decline of many important marine species.

That is why aquariums must do more, now, than they ever have.

“Today, the role of public aquariums expands beyond our gates. We are also research organizations and educational facilities with the responsibility to provide real and applied science to protect our oceans,” Katie Cubina, senior vice president for Mission Programs at the Mystic Aquarium, said in a statement.

“We value the oceans as a public trust for future generations,” she continued. “There is substantial scientific evidence that seismic noise negatively affects marine life.”