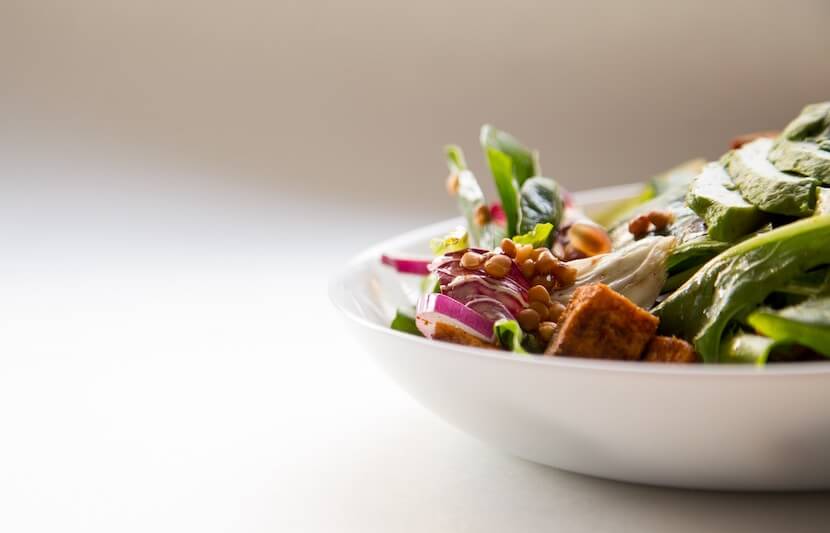 The number stands at 14 percent of college students, according to a recent College Pulse survey of 2,001 students, compared to 4 percent of U.S. adults.

Of the 14 percent of students who said they follow a vegetarian, vegan or plant-based diet, 31 percent point to their desire to protect the environment as a major reason for their diet.

This is noteworthy, as the scientific community has been encouraging a move towards a plant-based diet as a way to save the environment.

In the United States, where the average meat consumption is thrice the global average, eating a plant-based diet could reduce food-related emissions by 61-73 percent, according to a recent study led by the University of Oxford.

“A vegan diet is probably the single biggest way to reduce your impact on planet Earth, not just greenhouse gases, but global acidification, eutrophication, land use and water use,” lead author Joseph Poore told The Independent.

In November, when an international team of scientists warned of a climate emergency, they recommended “eating mostly plant-based foods while reducing the global consumption of animal products” as one of the six critical steps to a sustainable future.

Other key takeaways from the survey

In addition to protecting the environment, students cite animal rights (25 percent) and their health (21 percent) as the primary reason for their plant-based diet.

But whether they know it or not, students following a plant-based diet for health reasons are also doing the environment a favor, according to recent research from the University of Oxford and the University of Minnesota.

“The foods making up our diets have a large impact on both ourselves and our environment. This study shows that eating healthier also means eating more sustainably,” David Tilman, co-author of the study and professor of ecology, evolution and behavior at the UMN College of Biological Sciences, said in a news release.

“This study shows that replacing red meat with more nutritious options can greatly improve health and the environment,” Jason Hill, co-author of the study and bioproducts and biosystems engineering professor at the UMN College of Food, Agricultural and Natural Resource Sciences, said in a news release.

“It’s important that all of us think about the health impacts of the foods we eat. We now know that making our nutrition a priority will pay dividends for the Earth, as well.”

Another positive sign of the College Pulse survey is that although 86 percent of students eat meat, 29 percent of these students are trying to eat less meat.

However, of those motivated by health, male students outnumber female students (20 percent male vs. 7 percent female).

More students who are Democrats (39 percent) are trying to eat less meat than those who are Republicans (4 percent). Independent students, again, are somewhere in the middle at 26 percent.

Making it easier to follow a plant-based diet in college

It’s not always easy for students to be a vegetarian or vegan while in college and university, because they are often limited by what’s offered in their dining hall.

However, more schools are expanding their food offerings to make climate-friendly foods available to students in their dining halls now. Some universities — Harvard University, the University of Maryland and the University of Pittsburgh, for example — have even joined the Cool Food Pledge, an initiative to place delicious and eco-friendly foods in dining facilities everywhere — from hotels and restaurants to hospitals and company cafeterias.

At UMD, the first university to join the initiative, meat is no longer dominating the menu.

“We’re going to be talking more and emphasizing more and giving more counter space to the healthier food,” Bart Hipple, assistant director of dining services at UMD, said in a news release announcing UMD’s commitment to the initiative.

Beginning this fall, while a typical UMD breakfast still includes traditional favorites like scrambled eggs, bacon and pancakes, students will also have plenty of plant-based options, such as vegan sausage made of polenta mixed with spinach, chickpeas with green peppers and sweet potatoes.

“Students have told us they care about fighting climate change,” Colleen Wright-Riva, director of dining services at UMD, said in a news release. “Now, the food they eat — a huge part of their impact on the planet — can reflect these values and help achieve a more sustainable future.”