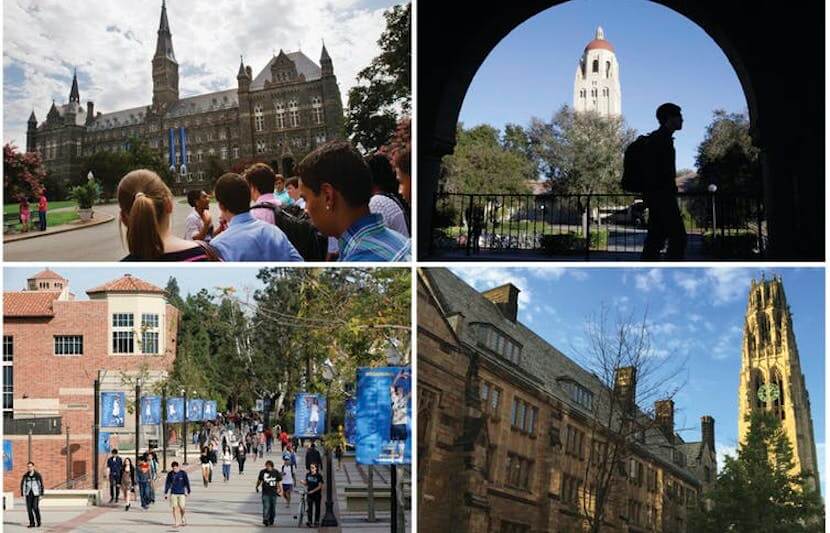 The most damaging myth in American higher education is that college admissions is about merit, and that merit is about striving for – and earning – academic excellence. This myth is often used as a weapon against policies like affirmative action that offer minor admissions advantages to low-income students and racial and ethnic minorities.

From our standpoint as education researchers who specialize in college admissions, what counts in practice as “merit” is more complicated than the public thinks. For universities, building a student body is not only about identifying the most academically accomplished students. Universities also rely on offices of admissions to protect their financial bottom lines and to project a certain image.

The deck is stacked in favor of affluent parents who use their privilege and exploit these institutional needs to find their children a way into elite colleges.

The outrage at the admissions scandal that came to light this month in which affluent parents allegedly used fraudulent means to get their children accepted to high-profile universities, including our own school, is well justified. But in our view, there should be just as much outrage over the many ways that already “disadvantaged” students are further disadvantaged when wealthy families do things to protect their competitive advantage in the college admissions process.

A range of practices worth questioning

At one end of the continuum are the kind of parenting practices that are ethically sound, like enrichment activities for children, which affluent parents are spending more for as of late.

Meanwhile, spending on lower-income kids has barely budged. This practice by middle-upper class parents gives their children tangible advantages, such as stronger resumes. It also gives them unseen advantages, such as self-confidence and comfort in dealing with authority figures like coaches, doctors and professors.

Research by sociologist Annette Lareau shows that children of working-class parents often are not raised to unlock these kinds of hidden advantages.

The next step on the continuum is more ethically suspect. It demonstrates the fine line between gaming the system and good parenting. Affluent parents spend big on test preparation for SAT/ACT exams, coaching on admissions essays and sessions with high-priced college admissions consultants. No one blames parents for seeking advantages for their children, but these kinds of behaviors amount to a smokescreen because they make applicants appear stronger without actually improving their skills and abilities.

One step further are backdoor admissions processes that are legal and common, but which only the well-connected know about, often because of the close relationships between selective college admissions offices and the elite high schools where these students enroll. One example is early decision programs, which often offer substantial increases in the likelihood of admission. But people have to know about and understand the advantages that come from the early decision programs to take advantage of them, as well as have the money to commit to the school. Less affluent families, who need to compare financial offers, can rarely make such early commitments, because they would have to accept whatever financial aid offer was made by their accepting institution.

Another example is the so-called spring admit, which colleges use to game U.S. News rankings. In this scheme, colleges admit students with weaker qualifications – often affluent students and athletes – on the condition that they defer their admission to the spring after they graduate high school, rather than enrolling immediately in the fall. The spring admission enables colleges not to count weaker students in their admitted class for ranking purposes.

Even the notorious “wealthy donor” route – imagine a prospective student’s family giving a large donation – falls into the category of legal but ethically questionable. All of these kinds of advantages are perfectly legal, but they only serve to offer a leg up to people already standing on the top of the pile.

And finally, there are the outright scandals, such as the one that the Department of Justice announced on March 12. It involves fabrication of test scores, bribes of athletic coaches and more. To be sure, these alleged actions were morally and legally wrong. However, the fact that other practices – such as working with elite college counselors to encourage affluent students to apply in early decision or as a spring admit – are not seen as over the line raises questions about where the line should be drawn.

The plaintiffs in a federal court case against Harvard claim the problem is not with mechanisms that protect pathways of access for the wealthy, but rather with affirmative action based on race.

This despite the fact that affirmative action in college admission is a policy of being race-aware, not race-based – it is just one factor among many that is used to make holistic decisions. Admission officers are prohibited from considering race as a deciding factor in their decisions.

What the public wants

The truth is that voters support affirmative preferences for disadvantaged students, though results are often sensitive to how questions are asked. A poll we conducted recently of California registered voters found that most people support admissions advantages for low-income students and racial or ethnic minorities. This result matches polls from Pew and Gallup, which find that majorities support “affirmative action for racial minorities.”

In contrast, voters in our poll were more opposed to advantages for athletes and for children of donors. Voters’ intuitions may not be far off. In highly selective institutions, once the legacy students, student-athletes and other applicants with highly desirable qualities are admitted, there are fewer spots remaining for which to compete.

The college admissions scandal should be a wake-up call to remake selective college admissions so that wealth doesn’t have so much influence. Since many believe that where a person goes to college matters when it comes to getting a good-paying job, it’s important – at least from an equity standpoint – for selective colleges to be transparent about how they admit students.

If the scandal reveals anything, it is that some affluent parents will stop at nothing to make sure their children win in the high-stakes game of college admissions.